Commission Regulation (EC) No. 800/2008 of 6 August 2008 declaring certain categories of aid compatible with the common market in application of Articles 87 and 88 of the Treaty (General block exemption Regulation), OJ EU, Brussels 2008.

Communication from the Commission to the European Parliament, the Council, the European Economic and Social Committee and the Committee of the Regions: The European Agenda on Security, Strasbourg 28 April 2015 COM(2015) 185 final.

Commission’s position paper on Slovakia’s Partnership Agreement and programmes for the years 2014–2020.

Concept of Civil Society Development in Slovakia, adopted by Government Resolution No. 68 of 22 February 2012.

Concept of Slovakia’s Territorial Development 2001 in the wording of KURS 2011.

Europe 2020 – A European strategy for smart, sustainable and inclusive growth of 3 March 2010.

EU Internal Security Strategy EU21 for building resistance against natural and other disasters, European Agenda on Security for the period 2015–2020, adopted by the Council on 25 and 26 February 2010.

Green Paper from the Commission to the Council, the European Parliament, the European Economic and Social Committee and the Committee of the Regions – Adapting to Climate Change in Europe – options for EU action, Brussels, 29 June 2007 COM(2007) 354 final, European Security Strategy of 2003 and Implementation Report of 2008.

Manifesto of the Government of the Slovak Republic 2012–2016.

National Reform Programme of the Slovak Republic 2012, adopted by Government Resolution No. 157 of 27 April 2012.

National Sustainable Development Strategy of the Slovak Republic, adopted by Government Resolution No. 978 of 10 October 2001.

National Regional Development Strategy of the Slovak Republic, adopted by Government Resolution No. 296 of 12 May 2010.

Proposal for the structure of the operational programmes financed from European Structural and Investment Funds for the programming period 2014–2020.

Regional Policy of the Slovak Republic – Supporting Growth and Competitiveness.

Research and Innovation Strategy for Smart Specialisation of the Slovak Republic

Solidarity clause of the Lisbon Treaty

Slovakia’s Partnership Agreement 2014–2020 laying down the fundaments for the application of an integrated approach in Slovakia through the instruments: integrated territorial investments, sustainable urban development, and community-led local development.

Slovakia’s Partnership Agreement and programmes for the years 2014–2020. 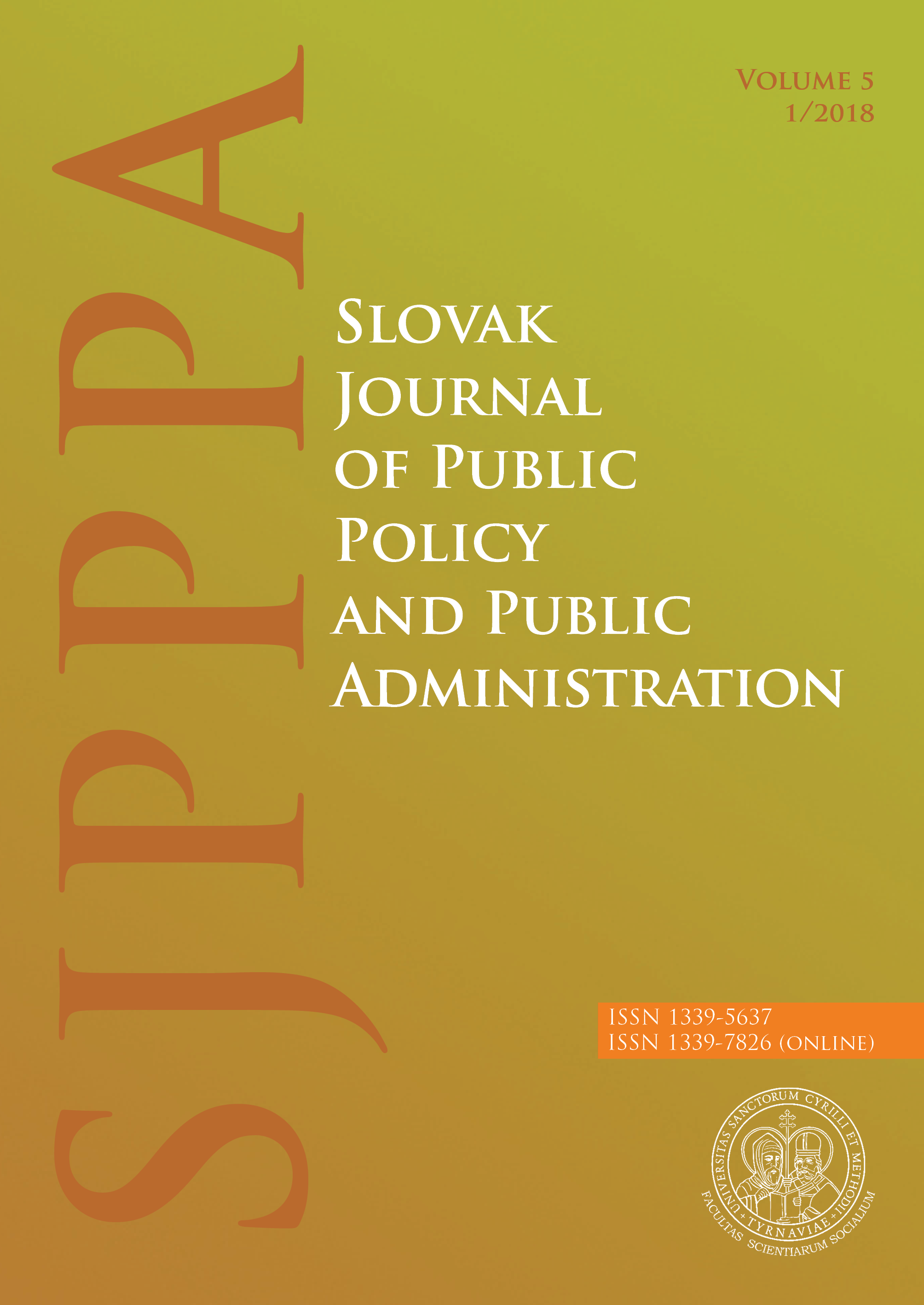 Igliar, R. (2018). The territorial capital of the new member states in the context of EU integration. Slovak Journal of Public Policy and Public Administration, 5(1). Retrieved from https://sjpppa.fsvucm.sk/index.php/journal/article/view/75
Download Citation

Vol. 5 No. 1 (2018): Slovak Journal of Public Policy and Public Administration

Faculty of Social Sciences
University of Ss. Cyril and Methodius in Trnava
Bučianska 4/A
917 01 Trnava